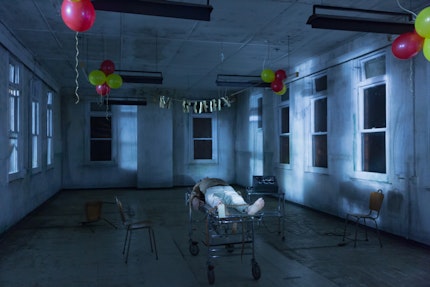 But one young couple freak-out when they stumble upon the body of an elderly man in the old hospital wing strapped to a gurney with electrodes connected to his temples. It would seem he was the victim of electrocution by Electroconvulsive Therapy.

The victim is Jakob Deschler who used to be the Superintendent of the asylum when it closed in 2011. Recently released from jail for charges of torture it appears that his murder was a revenge for his past cruelty. Mike and the team focus on a group of ex-patients of Brokenwood Downes. The few that have remained in the area are an eclectic bunch of misfits still struggling to reintegrate into the mainstream of society.

However, several of them are under the care of local psychotherapist, Amy Curnow whose expertise enables Mike to get a greater insight into the minds of these unique characters. She is also has a knack to get Mike to open up about some more personal things about himself. Could it be that our hero is taking a shine to Amy?

Mike’s interrogation skills will be pitted against the smarts of a crack psychologist. Will it be a case of Mike finally meeting his match – in more ways than one