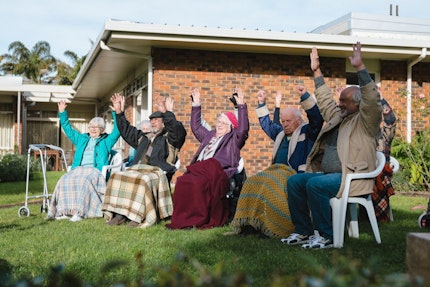 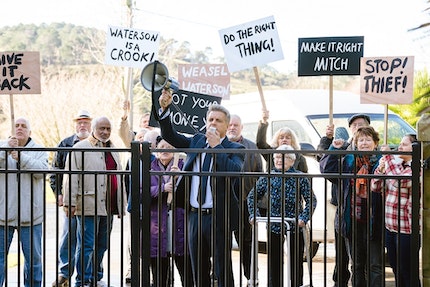 As If Nothing Happened. Episode 16

Sunset Manor is a rest home in Brokenwood for the aged and bewildered. The new resident is Edward Alderston. Having recently lost his wife, his family has decided Sunset Manor is the best place for him, especially now that the Alzheimer’s is taking hold.

Mrs Marlowe is a regular visitor, offering sing-alongs at the piano for the residents. But Edward is hoping for more of an ally than that. He’s planning an escape. In fact he’s been practicing. The only problem is he can’t remember the plan.

But when a man is found with a Samurai sword through his back floating in his swimming pool in the neighbouring street, Edward’s exact whereabouts becomes of real importance

The man was Mitch Waterson, an ex-finance company high flyer, responsible for the loss of many millions to many people – in particular, he is the one responsible for many elderly losing their life savings. Mitch was responsible but never held accountable. It would seem now that the accountability has been sought. Revenge has been exacted.

So when Mike, Kristin and Breen begin searching for motive they need look no further than Sunset Manor. Many of the residents were victims to Mitch Waterson’s Ponzi schemes and are thrilled to know he’s met a grisly end.

However, the problem is not only who might have had the gumption and opportunity to do it but– can they remember doing it?