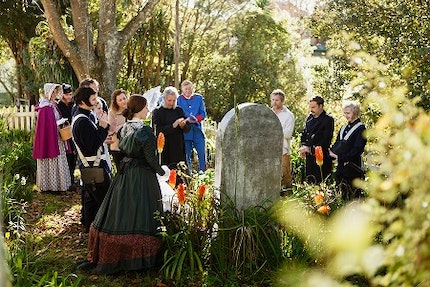 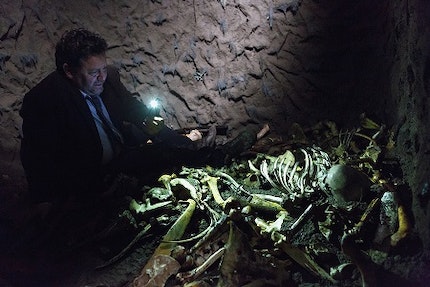 Charity Highmore-Browne is the owner and curator of Brokenwood’s Historic Village. A stickler for all things Victorian, Charity lives in a time warp.

Her sudden death by an arrow brings Mike and his team into the realm of New Zealand’s colonial past as they deal with a blacksmith, a missionary and the local postmaster. Not to be overlooked is Charity’s sister, who once represented the country at the Olympics – missing out on a bronze medal in archery.

As the investigation brings up questions about Charity’s lifestyle and the mysterious disappearance of her husband seven years earlier, the team are faced with the possibility that Brokenwood is dealing with its first serial killer.

Things are complicated further when Mike is forced out of the office due to a health scare and Kristin takes charge of the case. But can Mike truly hand over the reins?