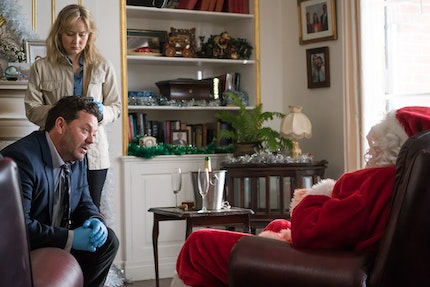 With December approaching Brokenwood is alive and well with Christmas spirit. That is until a gruesome sight confronts Mike and his team; Santa Claus with his throat slit. Or as Mike insists – ‘not Santa, but a man dressed in a Santa suit’.

The man is in fact the much-loved local Mayor, Evan Whitestone, who dresses as Santa every year for the Christmas parade. But with local elections looming, attention turns to his four rivals for the mayoral chains. Each of them has an axe to grind with Evan or, in this case - a cut throat razor.