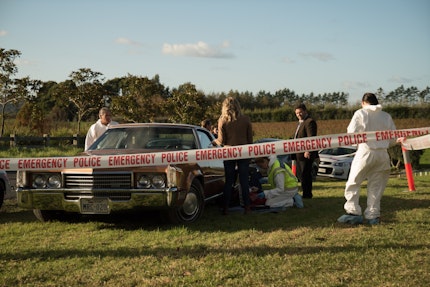 The annual Riverstone Beach Hop is a colorful festival that brings classic car enthusiasts together from far and wide to celebrate everything petrol powered and chrome plated. But on the morning of the event Charlie Baxter, the Chairman of the Classic Car Restoration Society, is found dead next to his beloved El Dorado with a lungful of gasoline. Was this a petrol siphoning accident or something more deliberate? And does it have anything to do with the unidentified dead body found in Charlie’s garage the day before?

Then again, the last person to see Charlie alive may have been Jared Morehu’s best mate Greg McQueen who has just pulled into town driving a hot rod called – The Killing Machine, with Jared’s ex-girlfriend riding shotgun.