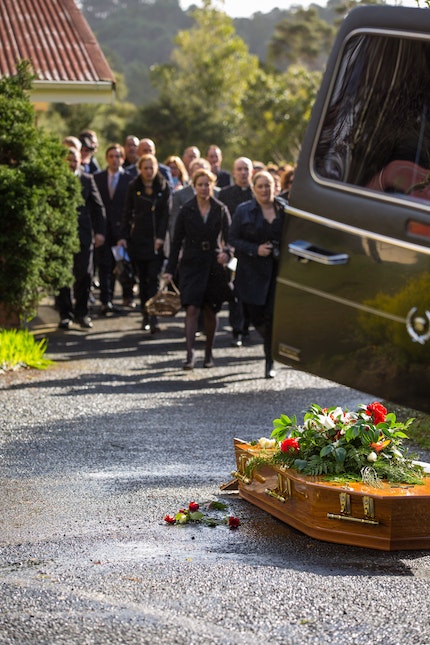 Over Her Dead Body. Episode 10

Brokenwood is in mourning as beloved local poet Declan O’Grady is being farewelled at St Judas Church after being struck down by cancer. But things go from bad to worse when his coffin accidentally falls from the hearse revealing that the corpse inside is not Declan but a young woman identifiable only by a notable scarlet tattoo.

Mike, Kristin and Breen set about unraveling a strange set of circumstances. The last to see Declan’s body was the hapless funeral director Warren Bugle who leads them back to Wadsworth Manor where a mysterious role playing game was conducted the night before Declan’s death. It turns out the tattooed woman may have been a player in what was to ultimately be her final game.