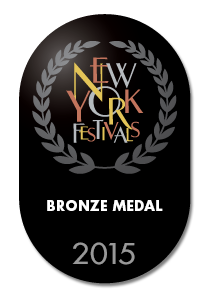 New York Festivals® International Television & Film Awards, now in its 58th year, presented the awards at a gala which was held at the annual NAB Show on April 14th, 2015.  Entries were from more than 50 countries.

The Bronze World Medal was awarded to the South Pacific Pictures series in the Drama category for 'Television - Regularly Scheduled Entertainment Program'.

A second season of The Brokenwood Mysteries is currently in pre-production and will air on Prime TV in New Zealand later this year.  The show has to date been sold to a variety of territories including France, Denmark, USA and Australia.